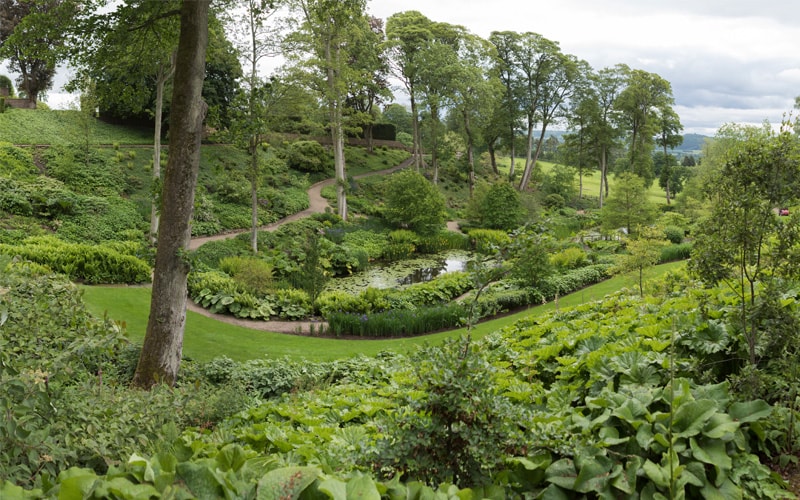 A brief history of our kitchen gardens at Mount St John

Mount St John takes its name from the Commandery of the Knights Hospitallers of St John of Jerusalem, who from the late tenth century had a preceptory here known as the ‘Commandery on Mount Hill’, dedicated to St Mary.

The estate became substantial possibly in the order of 20,000 acres and included the villages of Felixkirk, Thirlby, Bagby, Boltby, Sutton and Kirkby. It was owned and administered by the Knights for some 500 years until the dissolution of the monasteries by Henry VIII in 1530.

At the dissolution of the monasteries, the revenues of the house, the lands belonging to it and the tithes of Felixkirk were granted in exchange to the Archbishop of York in whose possession they remained until 1870. The house was later leased by the Archbishop to a number of different familes over the years. One such family, by the name of Gregorie, held the lease, followed by the Turbutts and at the time a land survey in 1647 noted a pleasure garden and monastic orchard on the estate. The lease was then purchased by the Rev. William Elsley (1689 – 1758) who pulled down the existing house at Mount St John and erected a mansion in 1720.

After a number of other family owners, the freehold was eventually purchased by John Walker. The walker family were iron founders from Mexborough near Rotherham and cast the cannon for HMS Victory and many other Battleships at the Battle of Trafalgar including a high proportion of the guns that served Wellingtons armies in the Peninsular campaign and at the Battle of Waterloo.

Mr Walker then partially rebuilt and enlarged the house placing four stones from the original monastery into the back wall which bear the Percy shield and crescents. The walker family owned the estate for some hundred years until 1964.